This article is republished from The Conversation Africa under a Creative Commons Licence. Read the original post here. 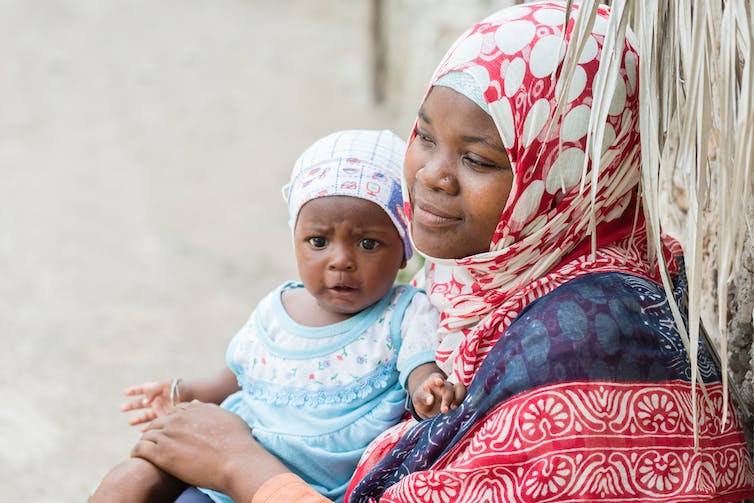 Women and girls on the move are often framed as victims. Shutterstock

Women are on the move throughout southern Africa. They move within the countries they were born in, or cross borders in the region. Although more men than women migrate the data shows that the number of women migrating within the Southern African Development Community region is rising. The percentage of female migrants moving within southern Africa increased from 40.9% in 2000 to 44.5% in 2017.

There are many reasons why women move within the region, and many different ways in which they do so. In line with global trends, they do so mostly for economic reasons. These include searching for better education and work opportunities.

But there’s a limited understanding of migrant women’s complex experiences. And this means that women migrants are often categorised as being vulnerable, and at risk of poor health. While women can – and do, sometimes – face increased risks, this is not the sum of their experiences.

Women are increasingly moving independently. They make choices, strategising to contribute as wage earners and heads of households. But these experiences are often lost. As a result, policy responses and interventions don’t reflect the complex – and nuanced – realities of women on the move.

The 2030 Sustainable Development Goals – with the aspiration to “leave no one behind” – recognise gender, migration and health as central to the social, economic and environmental dimensions of sustainable development.

But the implementation of the goals presents major and complex challenges in the southern African region, not least due to the high disease burden and increasing levels of inequality. And there are fundamental policy gaps in addressing the health needs of migrants. Where they do exist, gender is inadequately considered.

This was underscored in a recent study we undertook in partnership with Sonke Gender Justice, a non-governmental organisation. Our report explores the gendered dimensions of migration and health across southern Africa. It also examines the ways in which policy and practice has shaped and – in turn – been shaped by migration-related concerns and priorities.

The study is based on case studies that explored responses in South Africa and Zambia, within the Southern African Development Community region, and more widely within the African Union. This included exploring if responses to migration and health engage with gender, particularly the needs of women and girls in the Southern African Development Community.

In the policy review part of the report, we assessed the extent to which the three issues – mobility, gender and health – were considered in policies at the national, regional and continental level. Key policies, protocols, guidelines and frameworks dealing with these issues were categorised to identify broader, discernible trends.

We identified key gaps in the development and implementation of responses to migration, gender and health. And found that, where responses existed, the gendered dimensions of migration and health were lacking.

In addition, our review found that policies failed to engage with the complexity of the experiences of female migrants. This meant that women are mostly seen as vulnerable and at risk of poor health without recognition of agency, responsibility and choices made.

In some cases, policy and practice were found to directly contradict one another. In South Africa, for example, there’s an increasing shift towards the restriction of international migration, as well as a regression in the right to access healthcare and education despite evidence showing that women need better access and support.

Findings from a policy review and interviews with 20 key informants in South Africa, Zambia, and the region secretariat showed that while key gender issues in relation to migration and health were recognised in policy debates, these didn’t translate into practice.

For example, a number of respondents, highlighted how border restrictions and challenges faced in accessing the documentation required to be in any given country legally can heighten the vulnerabilities faced by women and girls on the move. But shifts in immigration and health policy indicate that women and girls face increasing restrictions.

Overall, five key themes were identified in relation to the responses to migration and health for women and girls in the Southern African Development Community:

Currently, policies within the region relating to international migration aim to increase security at national borders. This can have negative implications for women and girls crossing borders, heightening their risk of abuse.

Our findings highlight the need for improved migration and health governance to address the needs of women and girls on the move in the region. This requires effective engagement across different sectors – including state, civil society, academia, international organisations, and the private sector – at multiple levels, from local to global.

The Southern African Development Community struggles to design, coordinate and implement evidence-informed responses at a regional level, member states need to drive their own responses. This requires engagement in bilateral arrangements with neighbouring states to ensure that migration is built into all health responses.